The Presidential Teams and the Future of FIDE

This election is not only about 19-year FIDE president Kirsan Ilyumzhinov and 13th World Champion Garry Kasparov. It is about ideas and having a capable team that can turn those ideas into reality. Each candidate has a ticket that includes a Deputy President, General Secretary, Treasurer, and two Vice Presidents. The reputation and abilities of these individuals is critical to the success of a FIDE administration.

Team Kasparov is a tremendous collection of talent in all essential fields and Garry Kasparov is very proud to have attracted such people to join him in his fight to reform FIDE and to transform the chess world.

Both campaigns have finalize their tickets and as these individuals have great responsibilities in a new FIDE administration it is a good time to examine the activities and qualifications of each member. In several cases we were unable to find much relevant information about Mr. Ilyumzhinov’s ticket members, and his campaign website lists only their photos with no CVs or statements. [A May 13 post on their website said profiles and statements would be forthcoming.] This is curious and unfortunate, but in keeping with our positive campaign our emphasis is on the five remarkable people who have decided to dedicate themselves to bringing sponsorship, education, and transparency to the chess world as part of Team Kasparov.

The theme we return to again and again in our campaign and with all our team members is “supporting chess, not taking from chess.” Those who work for our campaign and who will work for Kasparov’s FIDE bring a lot to the chess world. They bring sponsorship, business expertise, organizational know-how, legal experience, commercial contacts, and knowledge of the chess world. Above all, they bring a proven track-record of professionalism, of getting results, and of support for chess! They are proving it every day during this campaign as they travel the world meeting officials and discussing Team Kasparov’s plans for the bright future of chess.

It is hard to say what area of Jan Callewaert’s life has been the most impressive, or the most important for bringing his skills to FIDE. He brings extensive technology, management, and entrepreneurial skills. The simple description “Belgian businessman” does not do him justice, that is for sure! He started out as a systems engineer and moved into the management side of the telecommunications business at Ericsson. Then he showed his entrepreneurial spirit by founding Option, a tech company with an impressive list of clients that has included T-Mobile, Fujitsu, and Samsung. In 2005 he was named Belgium’s “Manager of the Year.” 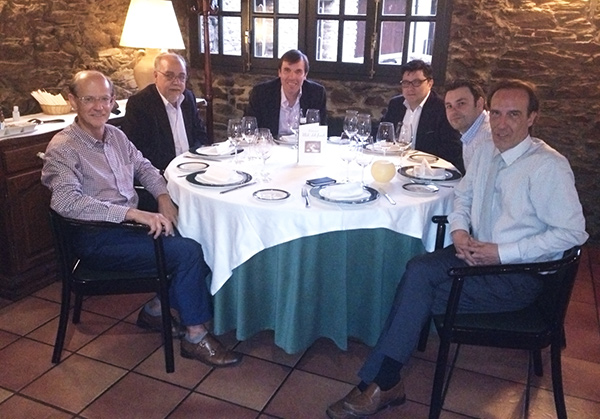 Jan Callewaert’s goal for Team Kasparov and FIDE is to “bring the chess world into the 21st century in technology, especially online, and in management as well. FIDE is a global organization but actually quite small as a company.

“FIDE should be run with transparency and responsiveness to provide an excellent level of service to the federations using all the modern tools available. The federations aren’t employees of FIDE, or customers. They are shareholders!”

After nearly 30 years, Mr. Makropoulos is known to everyone in the world of chess politics and to most he is simply “Makro.” He has been on the FIDE board since 1986 and has worked for Kirsan Ilyumzhinov since 1996. He has been the president of the Greek Chess Federation since 1982, an incredible 32 years! Mr. Makropoulos is an International Master who represented Greece at several Olympiads. For 18 years he has been Ilyumzhinov’s “right-hand man” and involved in implementing most major FIDE board decisions. Despite his current position as the FIDE Deputy President, he has been traveling extensively to campaign.

There are few in the chess world and no one in Asian chess who don’t know and admire Ignatius and his amazing worth ethic. As an arbiter, organizer, promoter, and official, he has done more than anyone to promote the game in Asia. Ignatius had plans to continue these efforts on a global scale when he abandoned his own reform candidacy for FIDE president in 2002 to work in Ilyumzhinov’s administration as a VP and since 2005 as General Secretary. He has done considerable good work there, but his ambitions to reform and modernize FIDE and to expand outreach into education were never authorized by Ilyumzhinov.

He saw the potential to realize those dreams with a Kasparov presidency and joined the team. Nobody knows more about running FIDE than Ignatius and he has also shown he can work with government and private sponsors all over Asia. “Running” and “working,” two words you see a lot next to the name of Ignatius Leong!

“My reasons for joining Team Kasparov are clear: my love of chess and my wish to see it flourish as a sport and in education, especially in my native region. If this potential existed with Ilyumzhinov in charge we would have seen it by now!”

19 years have gone by and obviously there has been no priority for chess development in Asia, and you can say the same for Africa and Latin America as well.

“When Garry discussed his vision for building the global base of chess by building in East Asia and other areas long ignored by FIDE, I knew I wanted to be a part of it.”

Recent activities: Ignatius has been on the move constantly since the campaign started. His long-standing personal relationships in the East Asian region are a great example of the type of regional unity that makes the global chess community stronger.

A career politician from the Philippines, Mr. Tolentino is the General Secretary of the Philippine Federation and president of the Southeast Asian Zone. We did not find mention of any campaign activities or proposals.

Quoted: “This invitation by Ilyumzhinov is a great honor for our country and a golden opportunity for promoting Philippine chess. It was given to the Philippines as (Ilyumzhinov’s) moral obligation to the late Campomanes, whether or not endorsed by the federation of the Philippines.”

What does she do? What doesn’t she do! Analyzing and designing policy, shaping social movements, administering effective organizations, and empowering communities to develop their own initiatives. A distinguished organizer and political scientist, Afrika’s true commitment is to bringing people together to shape and control their own resources and their own destinies.

This is why she is so passionate about revitalizing chess federations across Africa, and the world. “FIDE dictates to the federations from Moscow, from Athens, wherever, when they know nothing about what is happening or how best to do things here in Africa or anywhere else. Chess has great potential as a sport and educational tool, but we have to let locals lead the way and show the best methods.”

“FIDE must respond and serve, not dictate. For that we must have better communication and better policy to enable that communication.”

Recent activities: Traveling constantly across Africa to visit with federation officials, most recently in Zambia and Swaziland.

A former deputy prime minister of Angola, Mr. Jaime is president of the Angolan chess federation, where he ran unopposed in 2012. He was a member of Anatoly Karpov’s ticket for the FIDE presidential election of 2010 against Kirsan Ilyumzhinov.

We were not able to find information regarding his positions, proposals, or campaign activities in 2010 or 2014.

Talk for a few hours with Ian and you might not know the Jamaican dynamo is one of the most respected attorneys in his nation, one who has earned the right to put QC, Queen’s Counsel, after his name. Your conversation could cover chess in education, where his Magnificent Chess Foundation has sponsored the national high school championships. It would definitely include how to find sponsors for chess, where he has brought in big names like Digicel and Burger King to support the game.

Hungry for chess? Ian talking business with Garry and Richard Lake, who owns the Burger King and Popeye’s franchises in Jamaica and is one of the several big sponsors Ian found for Jamaican chess programs.

“You can’t say no to Ian,” said the CEO of Digicel Jamaica. “Even when you think you are saying no you find yourself saying yes!” You might also learn a few things about the history of the Chess Olympiad, where he has represented Jamaica, and be handed one of the chess books he has authored. Of course we know Ian’s secret and we are delighted to have his keen legal mind on our team.

“It’s fine for fans to talk about the world chess championship and the winners of the supertournaments, but my experience in Jamaica represents more of the real chess world FIDE is supposed to represent.

Federations require expertise in promotion of the game at the local level to open doors of sponsors and in government. FIDE must help with that expertise.

“We had already started good programs here in Jamaica, and when Kasparov comes through everyone wants to listen. And when they hear how successful these programs can be, for education especially, they want to join in. Don’t tell us what to do, support us in doing what we know how to do!”

The US-born Ecuadoran is an accomplished chessplayer: a Woman Grandmaster and International Master. She has played first board for the Ecuador women’s team in all nine Olympiad appearances! She also received the FIDE Trainer title in 2008 and is an active coach. She is the Secretary for the FIDE Commission for Women’s Chess. We were unable to find any campaign activities or statements.

Rex’s biography may read like a Charles Dickens novel, but his career is straight from the pages of the Wall Street Journal. Raised in an orphanage in St. Louis, Rex went on to graduate from university there and go on to manage hundreds of billions of dollars in investments at Dimensional Fund Advisors. He founded the spectacular Chess Club and Scholastic Center and funded the move and expansion of the World Chess Hall of Fame to Saint Louis. Rex’s sponsorship of US teams and the US championships have raised the profile of the game tremendously in the United States.

Having the world’s biggest private sponsor of chess on our ticket is fantastic, but it also means having a world-class money manager overseeing FIDE finances. Time for a change! 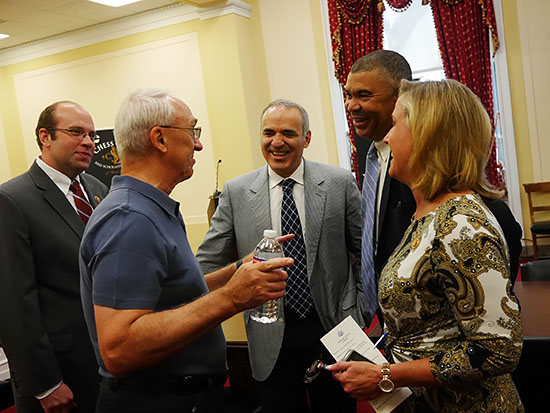 Recent activities: Joined Garry Kasparov in Washington DC to promote chess and chess in education at the US Congress, with many elected officials present.

Dr. Siegel is the president of the Swiss Chess Federation. From what we have found, he is a noted doctor of neuroscience in Zurich. We were not able to find information regarding his recent endeavors or campaign activities.