After our recent visits to Mr. Ilyumzhinov’s websites to expose their lies, it is pleasant to return to real information and real numbers. Last week we demonstrated proof of Team Kasparov’s lead in Africa. Today it is Asia’s turn to step forward into the bright new future and destroy the myths about Kirsan Ilyumzhinov’s support.

[ 25 Asian countries have not made their intentions public ]

As in Africa, some countries that nominated Ilyumzhinov have since published support for Garry Kasparov. This confirms what we said at the start, that Ilyumzhinov’s campaign is based on false representation of support to scare federations into thinking he could never lose. That trick is over. There is nothing to be afraid of and it’s time to join the winning team!

As always, our numbers are based on public record, such as official federation websites or letters of support such as those reproduced below. It is also notable how Ilyumzhinov’s supporters, even official ones, never seem to include any reasons for why they support him… 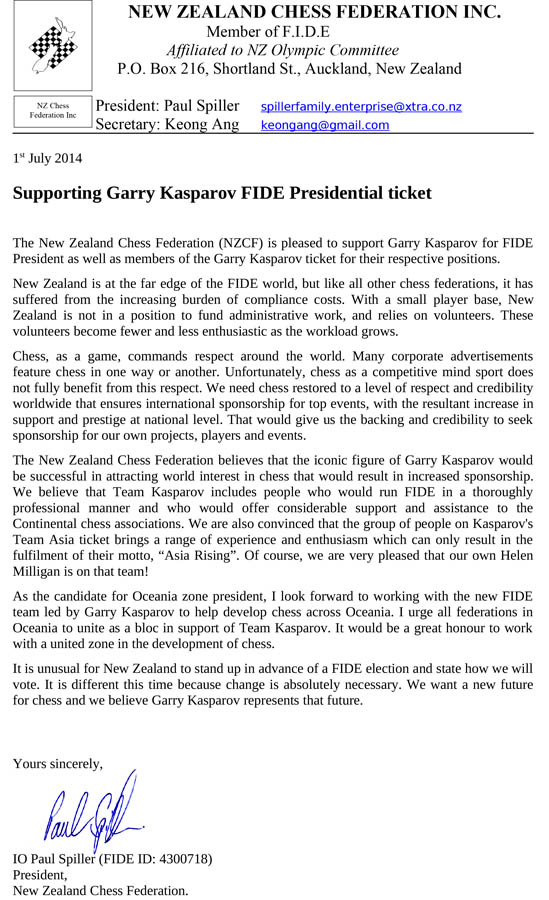 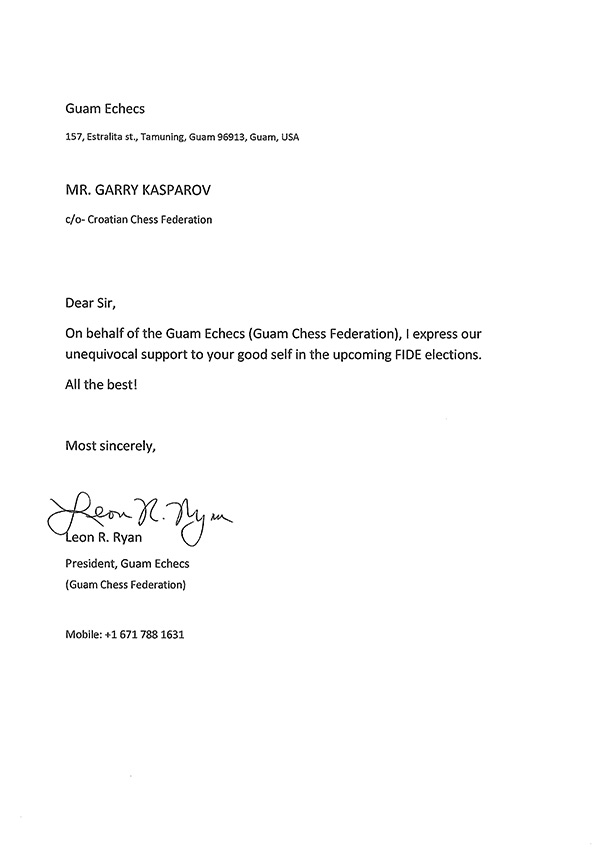 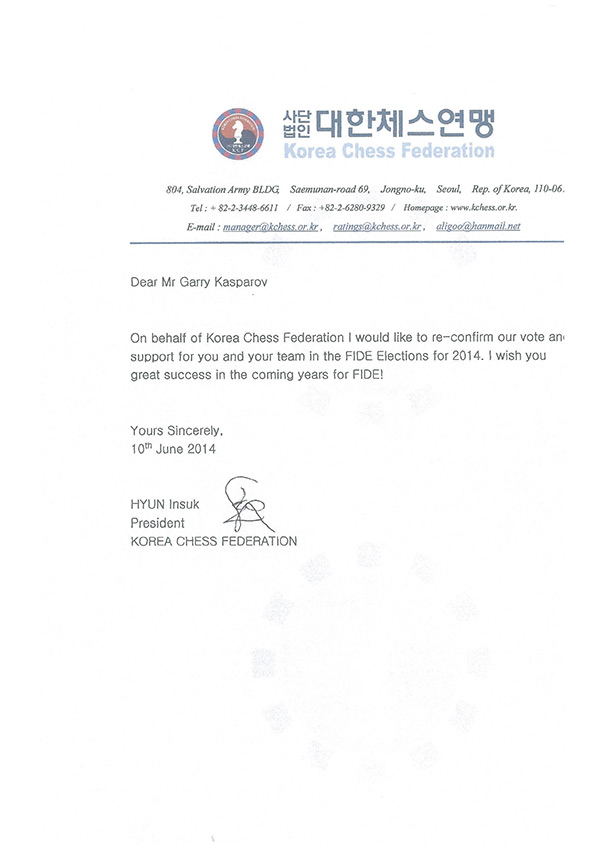 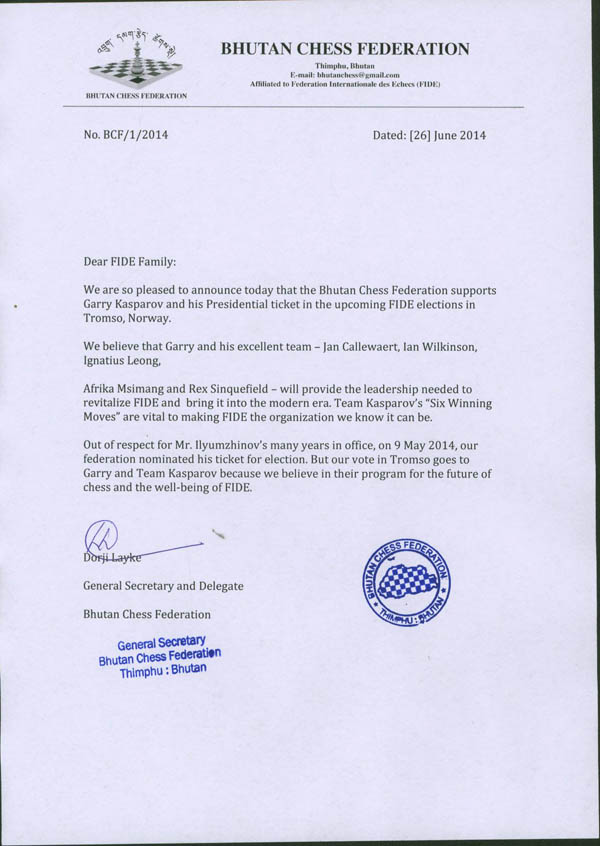 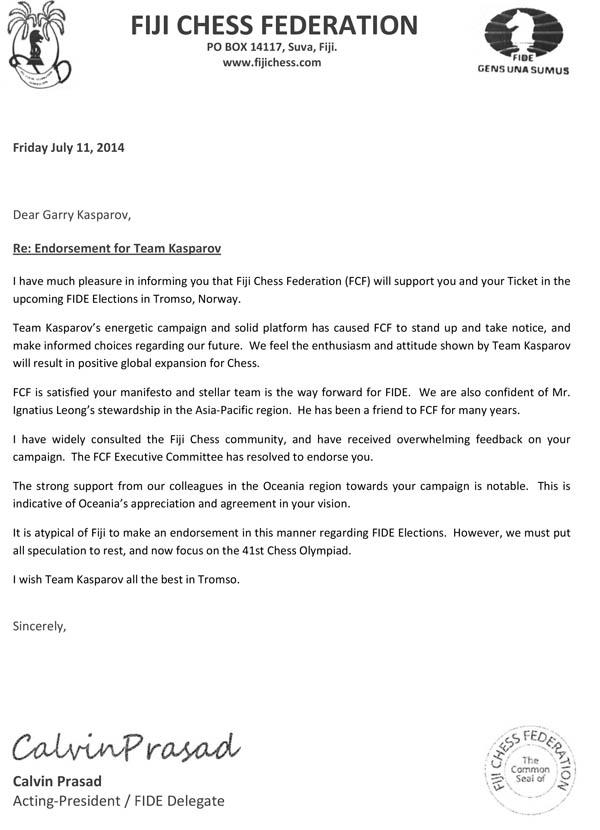 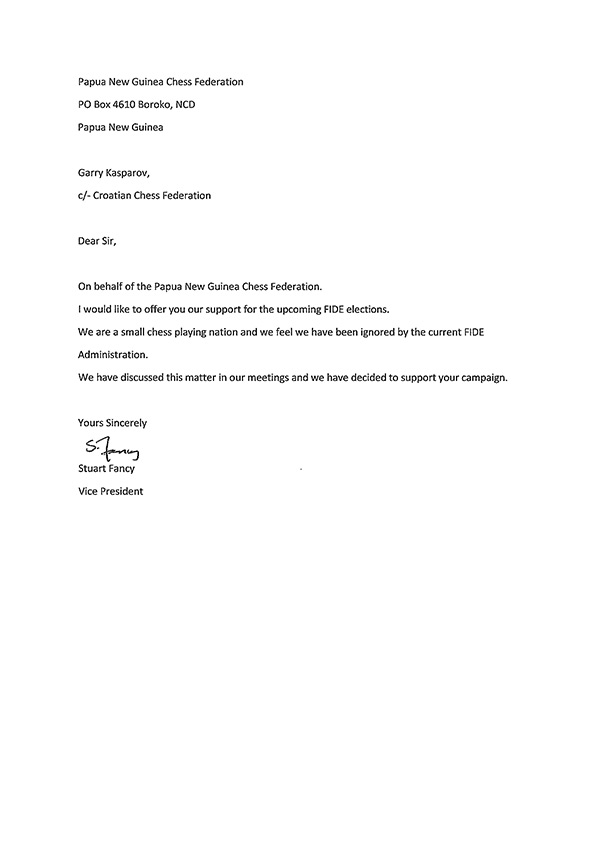