Every day brings new reports of abuses of power by FIDE executives to promote Kirsan Ilyumzhinov’s reelection, further damaging relations with the federations FIDE is supposed to represent and support. The latest example is the removal of several federation presidents and delegates from the FIDE website, federations that had recently announced their support for the ticket of Garry Kasparov. FIDE Executive Director (and Treasurer, another conflict of interest) Nigel Freeman has further damaged his reputation and the credibility of FIDE by abusing FIDE powers to remove valid and long-standing federations for political reasons.

We publish here letters of protest from the Afghanistan Chess Federation President Mahmod Hanif and the Afghanistan National Olympic Committee regarding this case of unlawful removal. A similar case has just occurred with Gabon, documented here, with more details forthcoming. These abuses are unacceptable attacks on the independence, rights, and powers of the federations. Federations First! 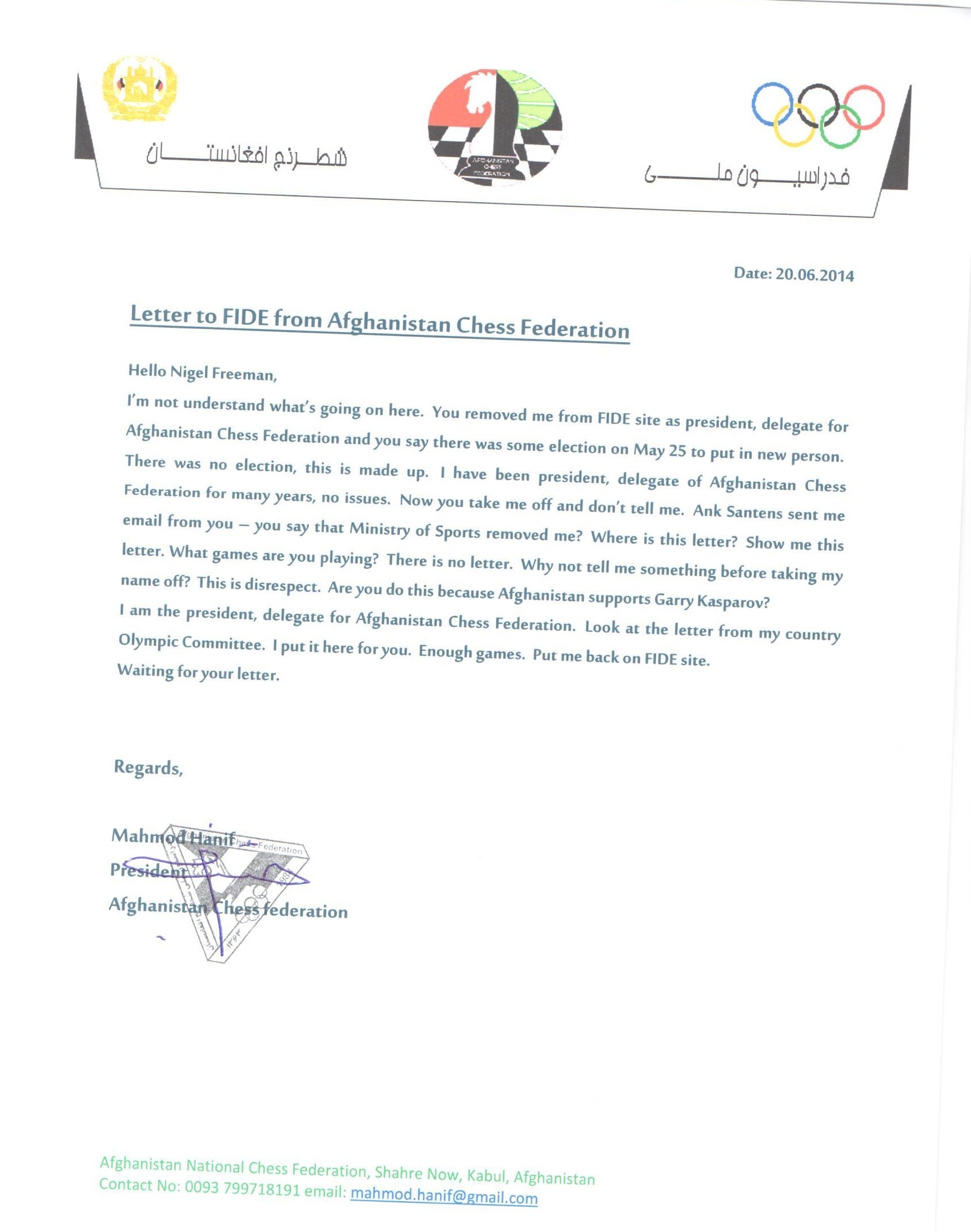 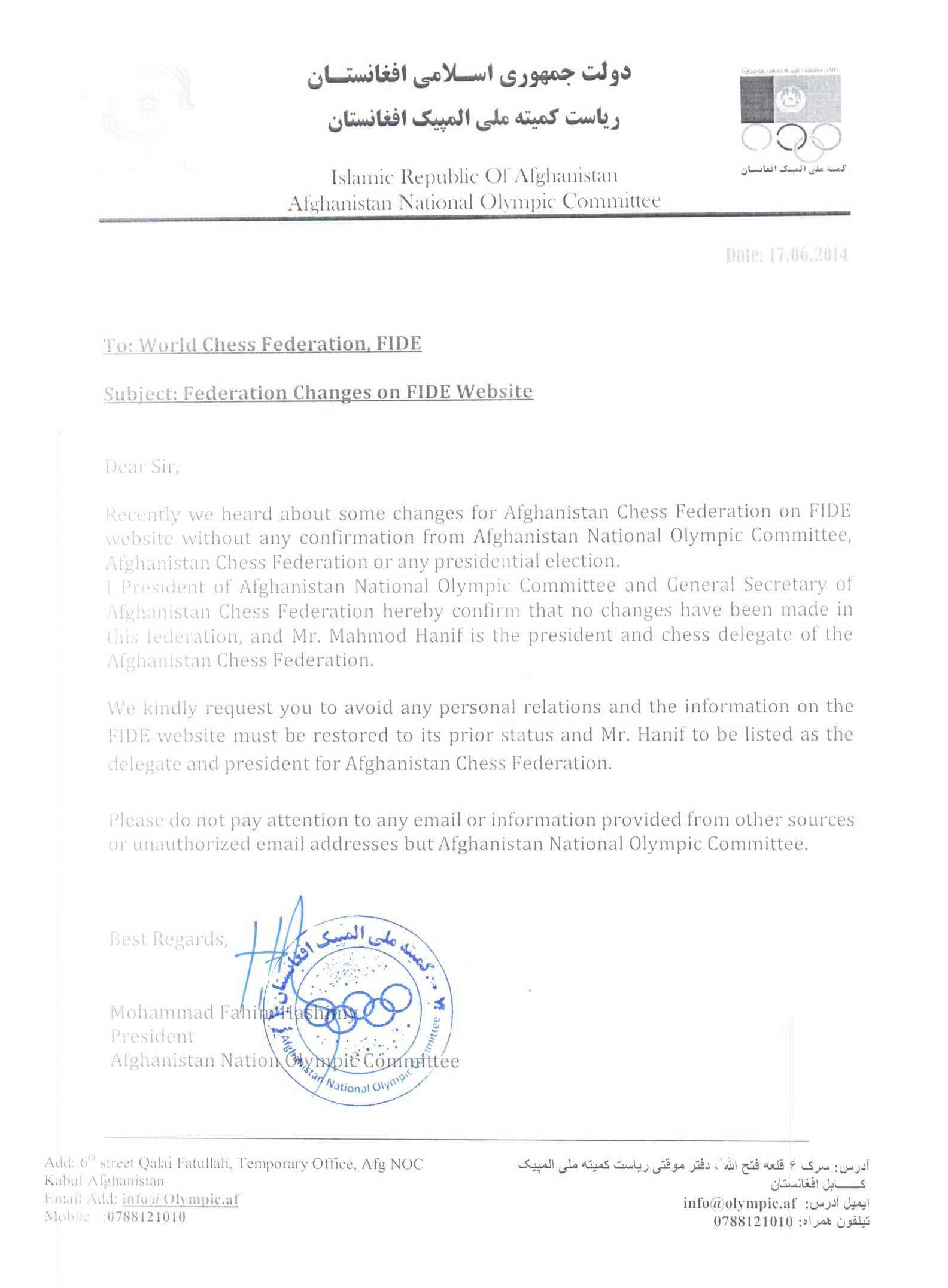