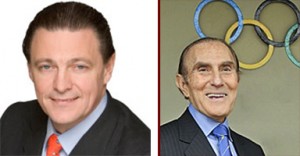 We are honored to publish below two letters of support from esteemed members of the International Olympic Committee. Richard Carrión of Puerto Rico is the current Chairman and CEO of Popular, Inc, which owns Banco Popular. He is the chairman of the IOC Finance Committee and finished second in last year’s election for the IOC presidency. Iván  Dibós of Peru, a former Mayor of Lima, was a great sportsman himself and has been an active promoter and administrator in national and international sports worlds for decades. Both gentlemen have sent letters of support to Garry for his campaign for the FIDE presidency.

“As I have personally expressed in the past, I fully support your candidacy for the presidency of the World Chess Federation (FIDE).” – Richard Carrión

It is a little ironic to receive these great endorsements when our opponent’s campaign has spread rumors that the IOC might not want to cooperate with Garry Kasparov because he criticized the hosting of the Winter Games in Russia. But it should be obvious that criticizing an organization’s decisions or the acts of some individuals is normal and even beneficial. After all, Kasparov is critical not of FIDE the organization but of how Kirsan Ilyumzhinov and his team run the organization. Similarly, Mr. Carrión ran for the IOC presidency with bold ideas of reform because he loves the Olympic movement. Garry Kasparov loves chess and that is why he wants FIDE to be better and stronger.

“Your love and experience in the game of Chess of which you have been to my knowledge, the Greatest Champion will also help you to successfully manage this organization.” – Ivan Dibos

A second irony is that chess had excellent chances to become an Olympic sport, at least to gain a trial spot, back in the mid-1990s. There were discussions with Juan Antonio Samaranch, IOC President about what could be done if Kasparov came back to FIDE and unified the title. But then-new FIDE president Ilyumzhinov insisted on the new format of a gigantic knockout tournament for a world championship in 1997 instead of a unification match and Kasparov refused to play in the Lausanne KO, calling it lottery. Samaranch insisted that the IOC could not abide a sport with a split title. Nearly ten years later Ilyumzhinov gave up on his failed knock-out championship experiment and returned to the classical match format and the title was finally unified in 2006 (a year after Kasparov’s retirement) but the Olympic opportunity was long lost. 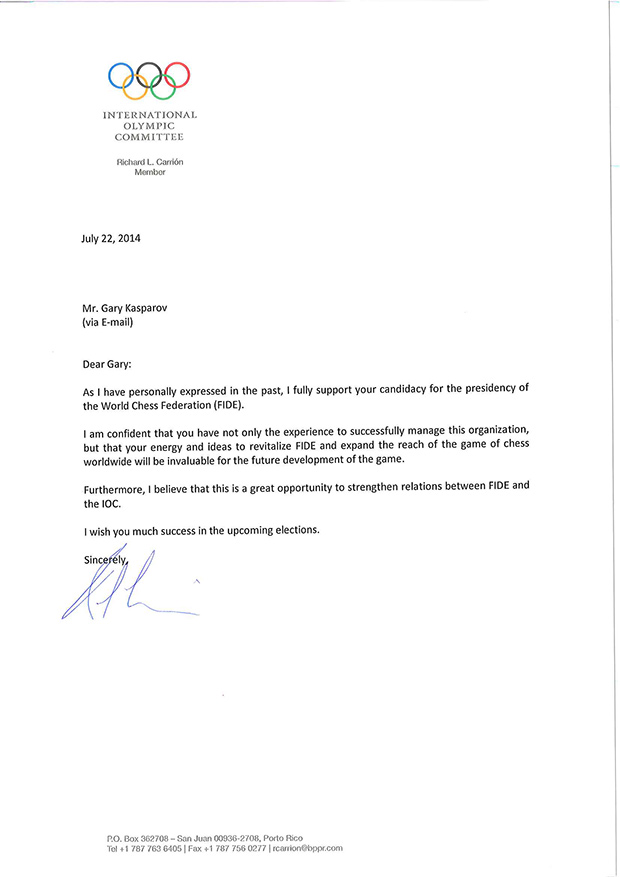 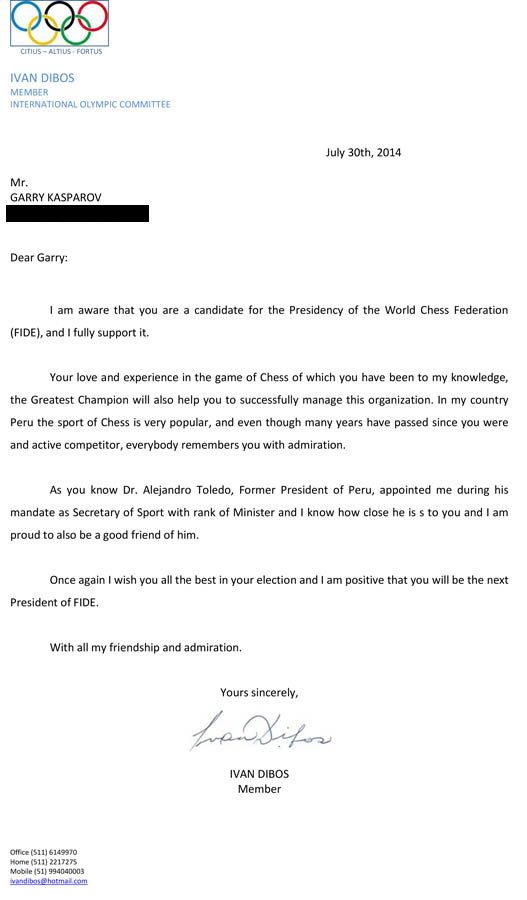 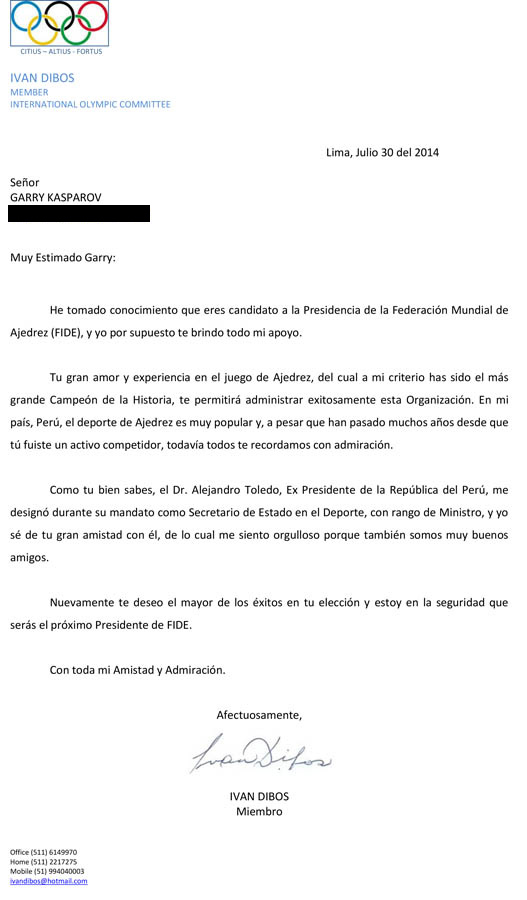