The vacant spot on the Kasparov ticket has been filled by Mr. Ian Wilkinson, QC, the president of the Jamaica Chess Federation. Mr. Wilkinson met extensively with Garry Kasparov in Jamaica in early April and had already decided to accept a position in the campaign team. Mr. Kasparov was very impressed with Mr. Wilkinson’s character and his numerous successful efforts in the realms of chess in education and commercial sponsorship, two of the most important planks in the Kasparov team’s reform agenda.

Garry Kasparov: “After being so impressed with Ian and his ambitious programs in Jamaica during my visit, I was already excited to have him on the team. We wanted him for his ideas and for his ability to campaign as someone who has put our team’s principles into action on the ground. Now with him on the ticket it’s even better. Ian brings deep experience in chess in education, event organization, and with bringing corporate sponsorship into chess, as his recent successes with huge names like Digicel and Burger King illustrate. He has the credibility to travel around and to say, “Look, I have done it, let us do it together even bigger!” 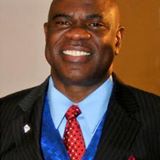 Ian Wilkinson: “I am honoured and delighted to represent the Americas, the Caribbean, and my great nation, Jamaica, on the FIDE presidential ticket of the legendary 13th World Chess Champion Garry Kasparov. After Garry visited Jamaica in April, he impressed the Chess fraternity with his energy and vision. In just one day he assisted the Jamaica Chess Federation in obtaining significant sponsorship from the private sector of Jamaica for a number of years. He received strong support from our Chess Council and I knew that I had to be a part of Garry’s plans for change in the chess world. In addition to wanting to improve my region, I would love also to see significant positive development in Africa, a great continent with so much promise that has been ignored for far too long.

We’ve had tremendous success with chess in education and sponsorship in Jamaica and FIDE should lead the way to making such progress on a global scale. I look forward to working with Garry and the rest of his great team first to win the election in August and then to make our ambitious plans a reality for the good of FIDE and the wider chess community.”

Kingston College and the University of the West Indies, Law Degree in 1987.