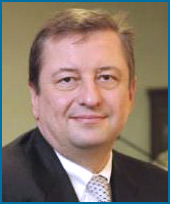 Letter from Ukrainian to Canadian Federation

OPEN LETTER TO THE EXECUTIVE BOARD OF THE CANADIAN CHESS FEDERATION

I use this opportunity to extend to you my deepest respect.

It is known that Canadians of Ukrainian descent have influence in Canadian society and policy. Canada was the first country that recognized Ukraine and established diplomatic relations. The Canadian government has supported Ukraine’s independence from the beginning and continues to do so today against the incursions of Russia on Ukrainian sovereignty. Our states have developed strong economic and cultural ties.

Unfortunately, the same cannot be said with respect to our chess federations! I hope that we can develop a strong partnership that would result in coordinated activities such as scholastic chess programs, exchange of trainers, national team matches, and other areas of common interest.

I write to you also on an issue of more immediate mutual concern, that of the Ukrainian Chess Federation’s open letter regarding bringing the matter of Crimea before the General Assembly. As you may be aware, FIDE has refused to allow GA debate on jurisdiction over Crimean chess activity, which will thusly default to Russia after its illegal annexation by the Putin government – an act condemned overwhelmingly by the United Nations and the G-7, condemnation led by Canada in both cases. I hope I can count on the support of the Canadian federation in our efforts to rectify this scandalous state of affairs. In more specific case of this FIDE administration’s misguided loyalty to Russia there are the illegal actions of the FIDE Secretariat in respect Ms. Katerina Lagno’s transfer from Ukraine to the Russian federation.

The FIDE administration of Kirsan Ilyumzhinov has become dangerously dependent on and devoted to the Kremlin, a situation all lovers of chess should find intolerable. It is damaging to our sport’s reputation and also harmful to the practical development of sponsorship and governmental relationships. One cannot imagine governments or companies in Ukraine or Canada supporting chess activities organized or sponsored by a regime, corporations, or individuals under EU and Canadian sanctions.

For these reasons among many, the Ukrainian federation nominated the ticket of Garry Kasparov for the FIDE presidency. He has promised to align FIDE with international opinion on such matters and to give fair hearing instead of playing politics and aligning with one isolated nation as Mr. Ilyumzhinov has done. I very much desire that the Canadian federation will join us in supporting Mr. Kasparov and a new FIDE that promotes and supports chess and chess federations.