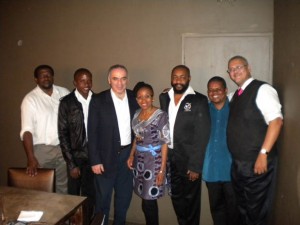 Following the major success of the gala dinner function in Tanzania, Garry and the team arrived at Oliver Tambo Airport in Johannesburg on the morning of the 5th February 2014.

Once again, neighbouring federations had been invited to meet with him during this stop and his first engagement was a private dinner function with the executive board of the Namibian Chess federation as well as Mr Benjamin Hoareau, President of the Seychelles Chess Federation. 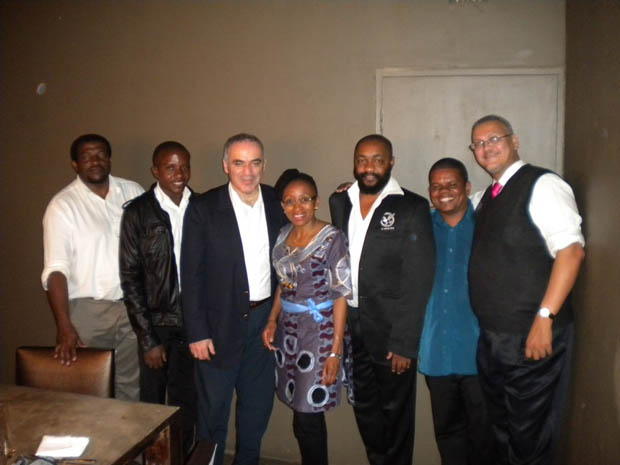 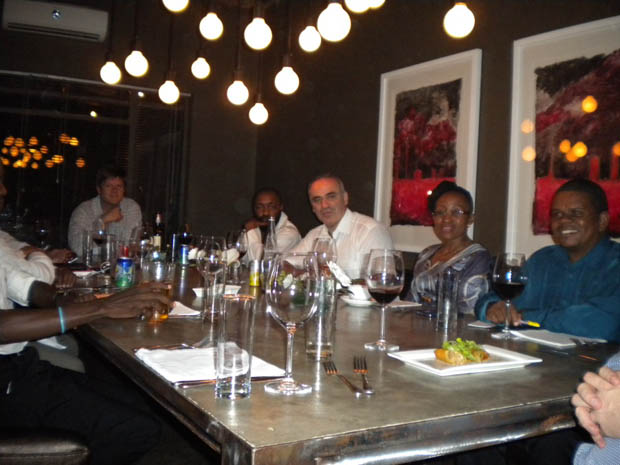 The following morning, Garry and Afrika headed to Swaziland where they held a productive meeting with Mr Abednego Dlamini, president of the Swaziland Chess Federation as well as with Mr Babazile Langa, from the Swaziland Sports Council. The team discussed the development of the game in Swaziland and as well as opportunities for Swaziland players to start participating in events in South Africa and abroad in the near future.

In the evening, a working dinner was held with the newly elected executive board of CHESSA. This was the first time Garry had met some of the newly elected members of the board and he congratulated them on their elections and pledged to work with the new board to help bring major events to the Southern African region in the future. 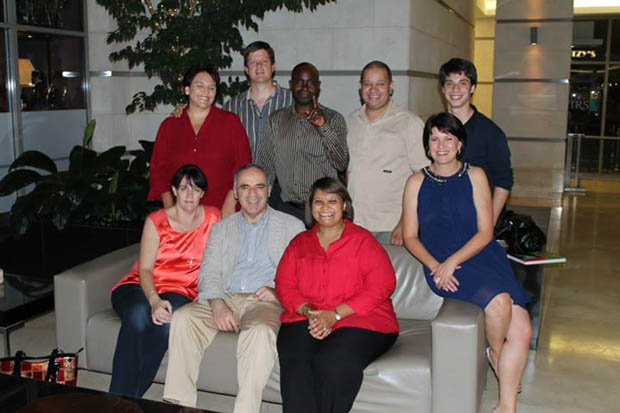 Garry with the newly elected members of the CHESSA Executive Board. 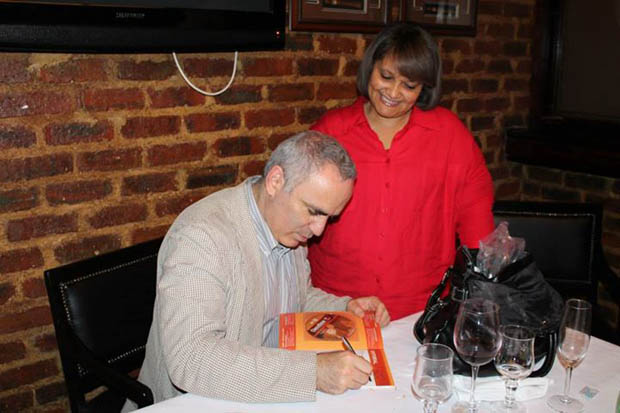 Friday 7th was largely dedicated to meetings with the national chess federations and Garry held excellent sessions with the Presidents of Namibia, Seychelles and Lesotho regarding their local needs are requirements. He also took out to meet with some of the 30+ trainers who are currently involved in the implementation of the Tsogo Sun Moves for Life program in South Africa. 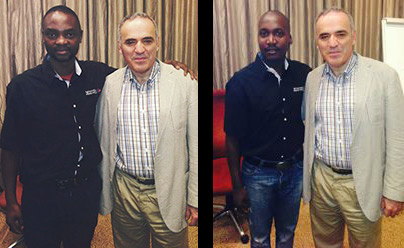 With Leon Sithole and Linda Makhubela, two of the lucky TSMFL trainers who got to meet with Garry in person.

The SA leg of the tour finally concluded with a traditional South African braai, hosted by CHESSA President, Mr Hendrik du Toit. This concluded Garry’s 7th visit to South Africa in the last 3 years! A truly remarkable feat in itself given his extensive travel commitments! 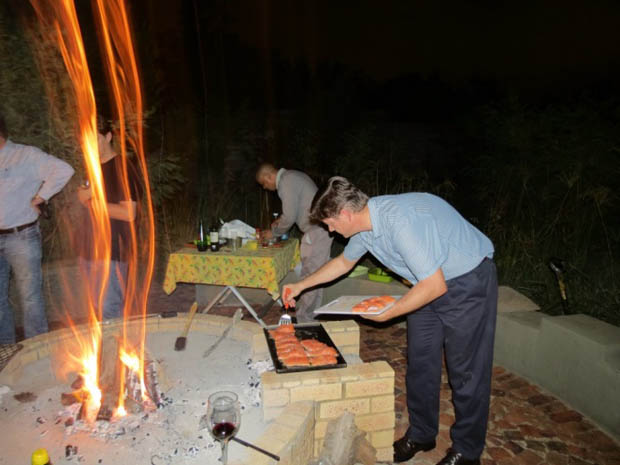 Hendrik demonstrating his culinary skills as host of the evening… 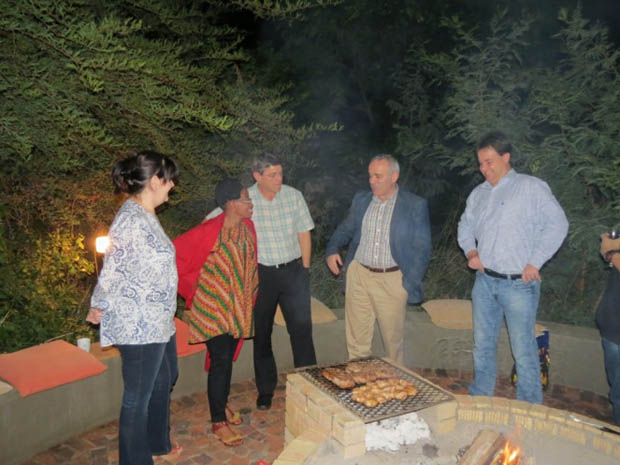 Whilst Garry is finally in a relaxed mood at the end of a long day.