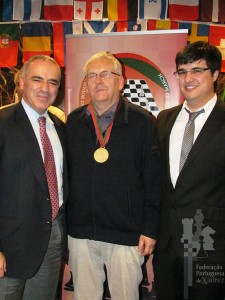 Chess for Young and Chess for Old(er) in Portugal

Garry Kasparov might not be ready to play in the Senior World Championship just yet, but he did visit the event in Portugal in March. He was visiting the country also to meet with the Portuguese Federation and its impressive president, Francisco Castro, and participate in meetings with government officials on his preferred topic of chess in education. 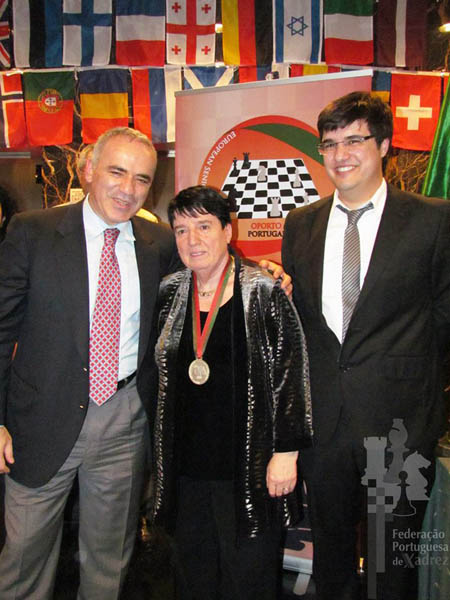 Garry Kasparov visited Portugal from 17th to the 19th of March by invitation of Portuguese Chess Federation. He was at the closing ceremony of the 14th European Senior Chess Champion in Oporto where he delivered a great speech and gave the prizes to the winners. Everybody was very pleased to meet him and it was opportunity for Garry Kasparov to see old friends like Zurab Sturua and Nona Gaprindashvili. He also met Grandmaster Algimantas Butnorius, who played the teenager Kasparov in 1979! (Sturua, photo below, trumps this with a game vs Garry from 1976!) 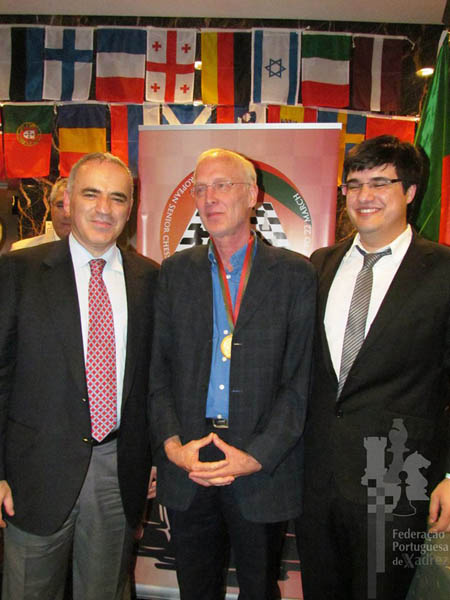 In the following day, Garry Kasparov and Portuguese Chess Federation President Francisco Castro had a meeting with Portuguese Minister of Education Nuno Crato with Chess in schools as a topic. In a pleasant meeting of about half an hour the benefits of using chess as an educational tool were shown to the Minister who supported the idea of starting a new project in September. 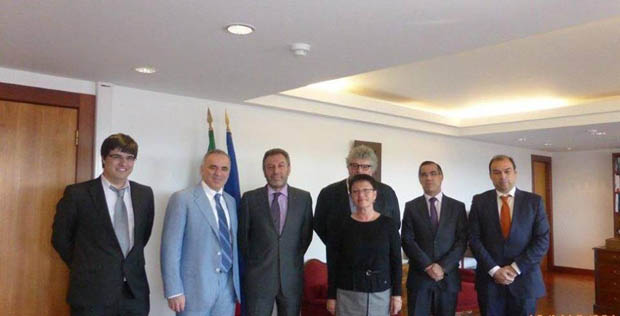 With Minister of Education Nuno Crato (to Garry’s left).

On the last day of Garry Kasparov’s visit to Portugal, he and Francisco Castro had a another productive meeting with a member of the Portuguese Government. This time the meeting was with Secretary of Sports and Youth Emídio Guerreiro, to whom was shown the benefits of chess in schools and also the importance of having a structure of chess clubs prepared to receive the most talented youngster from chess in schools. It was also a topic of the meeting the intention of the Portuguese Chess Federation to organize the Portugal Chess Open in the Summer of 2015, which got support from the Portuguese Government.

With Secretary of Sports and Youth Emídio Guerreiro 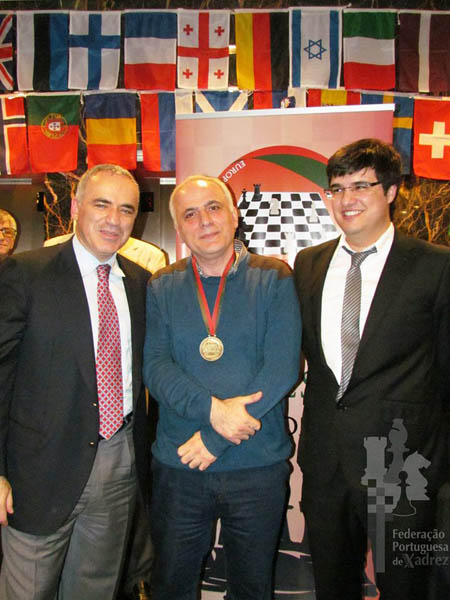 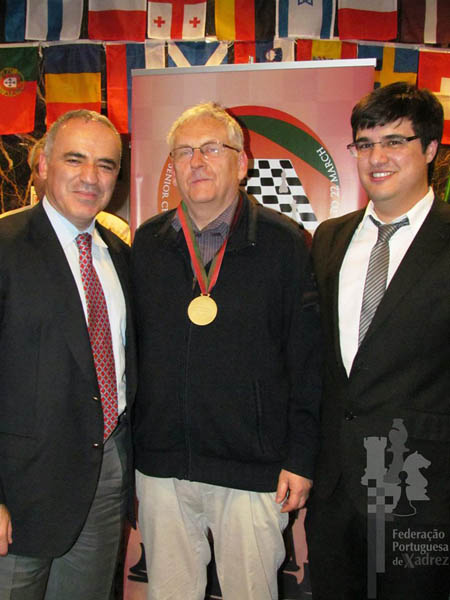 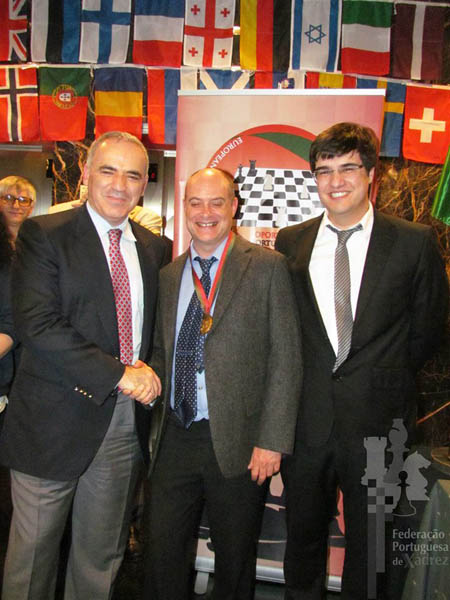 Keith Arkell of England took first in the 50+ event. 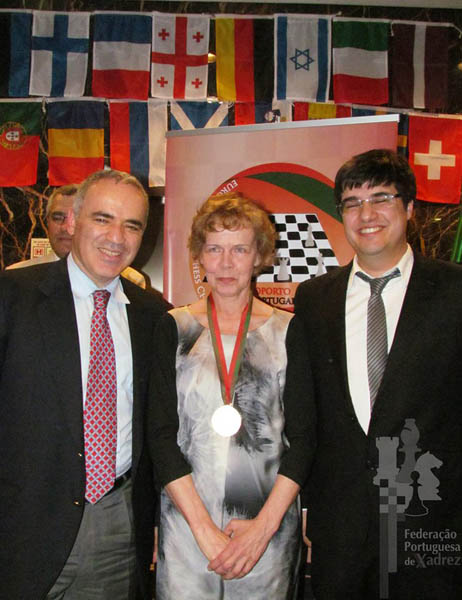 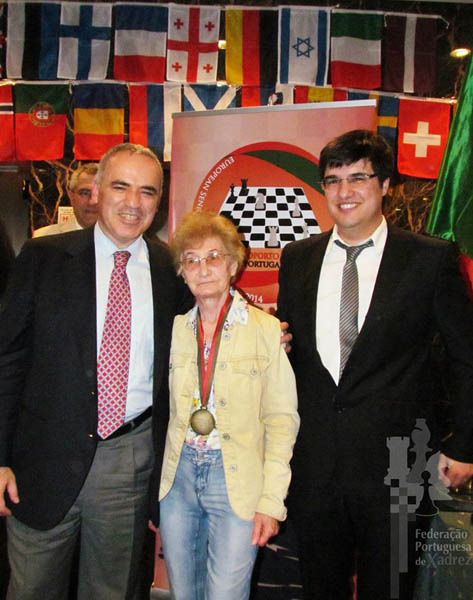 With Valentina Kozlovskaya of Russia, who won the 65+ event.