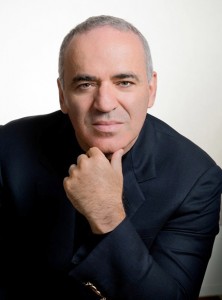 Kasparov Letter to the Federations

Greetings to all members and officials of the global chess community.

With this message we reach the middle of a very sharp middlegame in this campaign for the FIDE presidency! My team and I will be reaching out to you directly with regular updates and announcements and we welcome your ideas and questions. [email protected]

Since my campaign launch in Tallinn last October I have been to more than 40 countries while my ticket members and campaign team have visited at least 40 more. I have met and spoken to the chess representatives of nearly 100 nations. During all these encounters I have had some amazing experiences that have renewed my faith in the global chess community and also convinced me more than ever that we must have change in FIDE. We talked about their needs, their ideas, and what they hope to achieve.

I said at the start of my campaign that I would listen and I have heard very clearly at every level on every continent: “We need funding!”

Even many relatively affluent federations are struggling, and that’s before paying all their FIDE fees – the fees, by the way, that my administration will immediately reduce and inside two years, completely eliminate. There’s little or no sponsorship and basic chess equipment is often lacking. The officials, organizers, parents, and players scramble just to host a national championship or to travel to a junior event.

At the same time, everywhere I go I get an enthusiastic reception from the politicians and corporate leaders who would be ideal sponsors for chess! Education and Sports ministers want to adopt our programs immediately. The media comes out in big numbers to hear about chess in education and CEOs see chess is a great way to get attention. And yet FIDE cannot find a sponsor for our crown jewel, the World Championship? Chess is popular but chess is poor. Many federations are broke and FIDE is broken.

I have raised and invested over four million dollars in private sponsorship during this campaign already and as FIDE president I could do this ten times over.

My team is implementing school programs and signing agreements of support with federations. We do this transparently, publicly, and with the guarantees all commercial sponsors demand and that the chess world deserves. We have sponsored tournaments, opened education programs, and hosted events all over the world. My team and I are not just making promises, we are demonstrating how it will be when a professional team runs FIDE for the good of chess.

Our campaign and my Foundation activities are a good model of what FIDE should be doing to bring money into chess instead of taking it out. Instead, Ilyumzhinov and his campaign team are traveling the world on FIDE money! Your money! It’s the perfect symbol of his 19 years in charge. My team and I arrive with concrete plans, long-term agreements, and funds that are ready to go into chess development immediately. Ilyumzhinov simply makes bigger promises than the ones he made four years ago and hopes nobody will notice that he never keeps them.

But as Ilyumzhinov and his team are learning, this year is different.

Many federations, especially in Asia and Africa, have already abandoned him for a brighter future for themselves and for chess with my administration. 19 years is enough. It is time for a change. It is time for professionalism, modernization, and transparency. It is time to bring real money into our great game so the passion for chess can thrive around the world.

Rebuilding the chess world will not be easy and it requires everyone’s participation. Ask me and my team what we can do for you, but at the same time tell us what you can do for the world of chess!