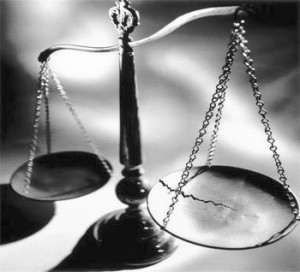 If you have read the Kirsan Ilyumzhinov’s “FIDE First” bulletin of August 6, you may be confused as to why they are trying so hard not to reveal any information about their proxies. Do not be distracted by the hysterical tone of the communications coming from the well-named “FIDE First” campaign. In the old Soviet style, the ranting and insults are used to deliver propaganda and fiction and to avoid questions they cannot, or will not, answer. You can see how this same administration threatens and punishes federations to control them and make sure Ilyumzhinov’s FIDE executives are always first.

25 proxies is an incredible number especially considering that many of these federations are here in Tromsø and capable of voting! Instead, their votes were likely taken well in advance and put into the hands of Ilyumzhinov’s officials and closest allies. Election proxies are intended to allow federations unable to attend the General Assembly to participate in the process, not to encourage paranoid and illegal vote collection by FIDE officials.  The many doubts around many of Ilyumzhinov’s proxies must be answered if the rules are to have any meaning. For example, according to FIDE’s own information, Ilyumzhinov’s Deputy President Makropoulos hand-delivered proxies from Laos and the Maldives on the same day, July 15, the first day of eligibility. Then there were two more from him, on the 28th, from Iraq and Swaziland.

Proxies can only be legally provided between July 15-28. Team Kasparov’s proposal to issue a new official proxy form on July 14, to guarantee they were all submitted correctly, was rejected by FIDE. (Why?) Considering the unlikely nature of many of Ilyumzhinov’s proxies, we requested full documentation to prove what lawyers call the “chain of custody” of each one. This means the original email to Makropoulos from the delegate containing the proxy, for example. It would be simple to provide this, if it exists, but again they refused and still refuse. (Why?) What are they afraid of?

The proxies themselves are mysterious, but there is no mystery here. They know if their proxies are revealed to be illegal their last hope to steal the election will be gone. The rules state proxies can only be signed and/or submitted July 15-28. If they will not or cannot prove their proxies are valid, this important rule is meaningless. It was designed to prevent abuse of the proxy system and must be respected.