On 5th June we had the pleasure to welcome Garry Kasparov on a campaign visit in Brussels where we met federation representatives from Belgium, Germany, Luxembourg, Monaco and Liechtenstein on conference call. 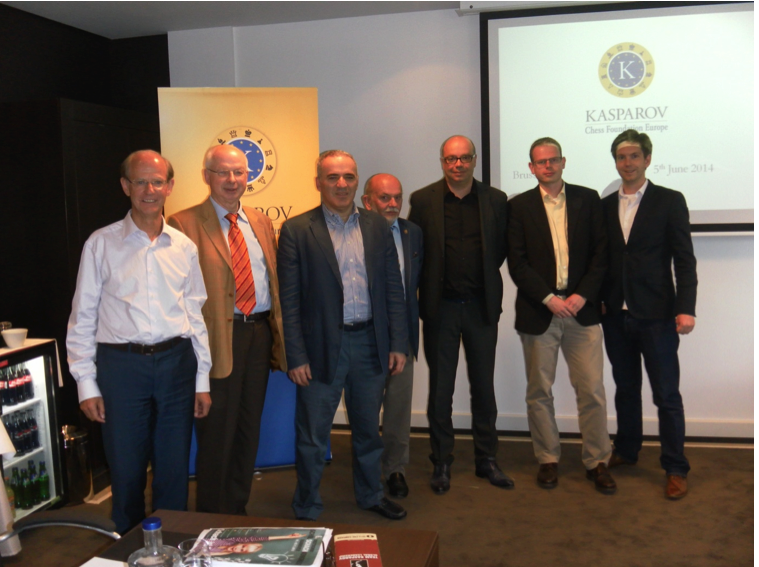 Even though the entire city was in high tension during the G7 summit with road blocks, strict airport security measures and helicopter surveillance, the meeting was greatly appreciated by all participants. 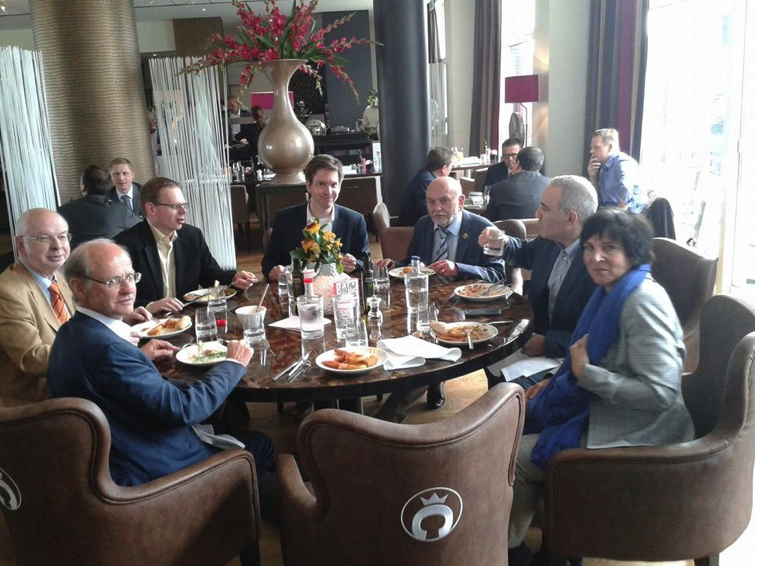 After an excellent lunch in the welcoming atmosphere of the Van Der Falk Hotel, participants had the possibility to share with Garry Kasparov their concerns on the upcoming FIDE election. Garry Kasparov also very openly discussed his views on chess for education, anti-cheating measures, women chess and the political element in our sport. Discussions and talks focused specifically on the needs of the small nations. Garry Kasparov acknowledged the complications of maintaining a vivid chess culture in a limited environment. “We have to honour the work of small federations, of course! A wild card system for championships might be appropriate”. 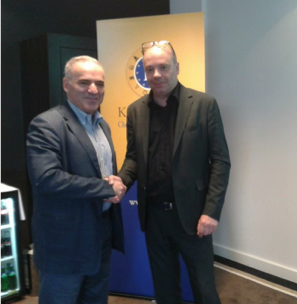 With his age of 87 years, Kurt Studer President of the Liechtenstein Federation was participating via telephone. He felt honoured to speak to Garry Kasprov.

Kurt Stuver on the line with Garry Kasparov and other participants.

The meeting was concluded by an open appeal of Jan Callewaert President KCF Europe to those federations, small or large, in need of assistance to accelerate their children and youth activities: “If you want to achieve results, contact us! We have the references and the expertise to bring things forward!”.