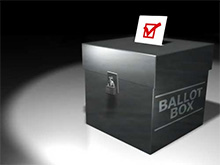 An Open Letter to the Ilyumzhinov Presidential Ticket, the Tromsø Organizing Committee, and the FIDE Delegates

Since the beginning of my campaign for the FIDE presidency I have strived for greater transparency and fairness in every aspect of the election process. The incumbents have many natural advantages and also many opportunities to abuse official FIDE powers for advantage.

Today I proposed to the Ilyumzhinov ticket a short set of detailed procedures that would guarantee a fair and confidential election for FIDE President on Monday.  These proposals are in full compliance with the FIDE rules.  They also embody their spirit: to ensure an impartial election where the administrative resources of the incumbents may not be used to entrench them forever, and the best ticket with the best ideas wins.

Our proposals are in no way controversial and they would apply equally to both sides (they are attached so you can judge for yourself).  In fact, they are widespread best practices in democratic societies and should present no discomfort to any party seeking a truly fair contest.  We tried in good faith for several days to get the Ilyumzhinov ticket to speak with us about a compromise on election procedures.  This afternoon, when we put detailed proposals before them, they refused even to look at them, without offering an explanation.

This has been an unfair fight from the very start.  The incumbents have shamelessly used every trick they can, including simply erasing federations – like ADEG in Gabon – that want a better future for chess.  And now we come to the end of a long campaign, and the incumbents still to the last minute refuse to act fairly.  Ask yourself why.

Colleagues, it is the three scrutineers elected by the General Assembly who will have to decide upon the procedures for the elections and make sure that they are confidential and fair.  I have proposed the same Chairman of the scrutineers – Carol Jarecki – as in Khanty-Mansiysk four years ago when Kirsan won a solid victory.  Under Mrs. Jarecki’s guidance, everyone knows that we will have a fair and confidential vote.  And that is what the incumbents fear most.

I call on the Ilyumzhinov ticket:  for the sake of chess (and not just your own personal interests) come to the table and negotiate election procedures that will let a fair, democratic and confidential vote determine who leads our family.

I call on the Tromsø Organizing Committee:  it is your duty as our host and as a democratic nation to ensure that this election is carried out fairly and impartially. Do not let a farce take place on your territory.

I call on you all, the FIDE Delegates: tell the incumbents that you want them to ensure a free and confidential election by negotiating fair conditions, and if they won’t, elect Mrs. Jarecki and two other impartial scrutineers on Monday.  Even if you support the incumbents in this election, you should support these proposals as they will enhance FIDE’s standing around the world.  And as you know, these elections are being widely reported.  The world is watching.

[ DOWNLOAD THIS LETTER AND THE PROPOSED PROCEDURES IN PDF ]