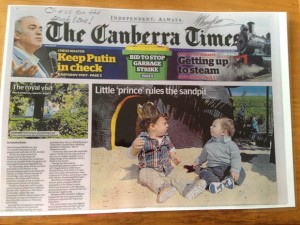 Report and photos by Leonid Sandler

It had been a long 14 years since Chess World Champion ( V.Anand then)  visited Australia. Finally Garry Kasparov made the long awaited trip to the Green Continent in his first and hopefully not the last visit! 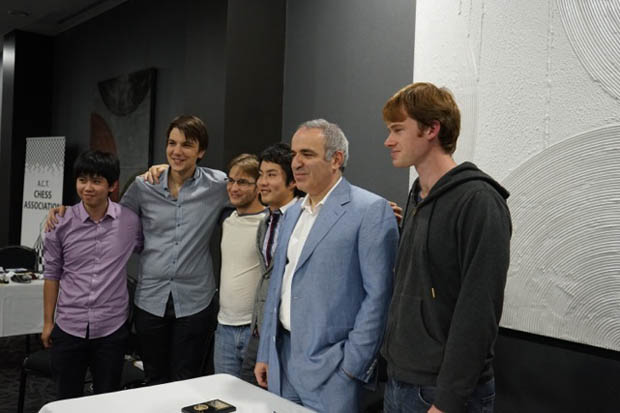 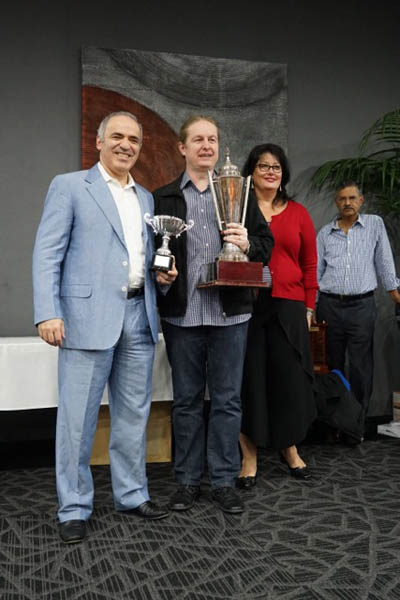 Giving out prizes at the Doeberl Cup 2014

Thanks to Kasparov’s visit this year the number of participants have dramatically increased( 350 players took part) plus many more people just came to see the great chess legend,take photos , sign books and just to say hello. 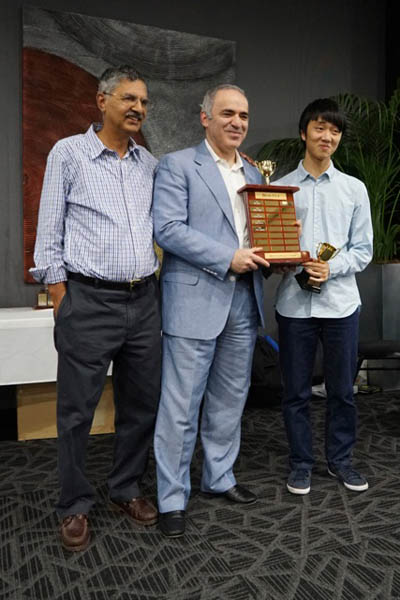 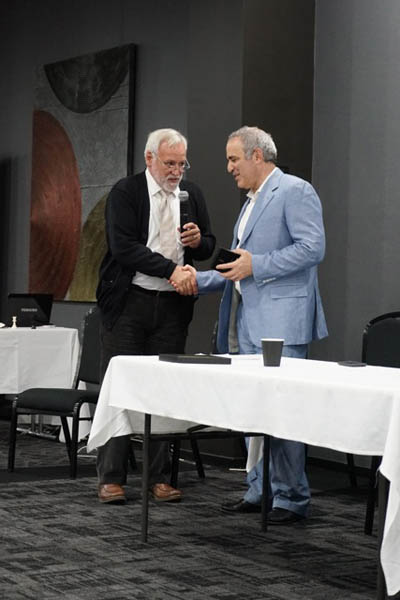 Garry spent only  48 hours in his very eventful visit to Australia. Everywhere he went Garry was greeted by many adoring fans young and old. 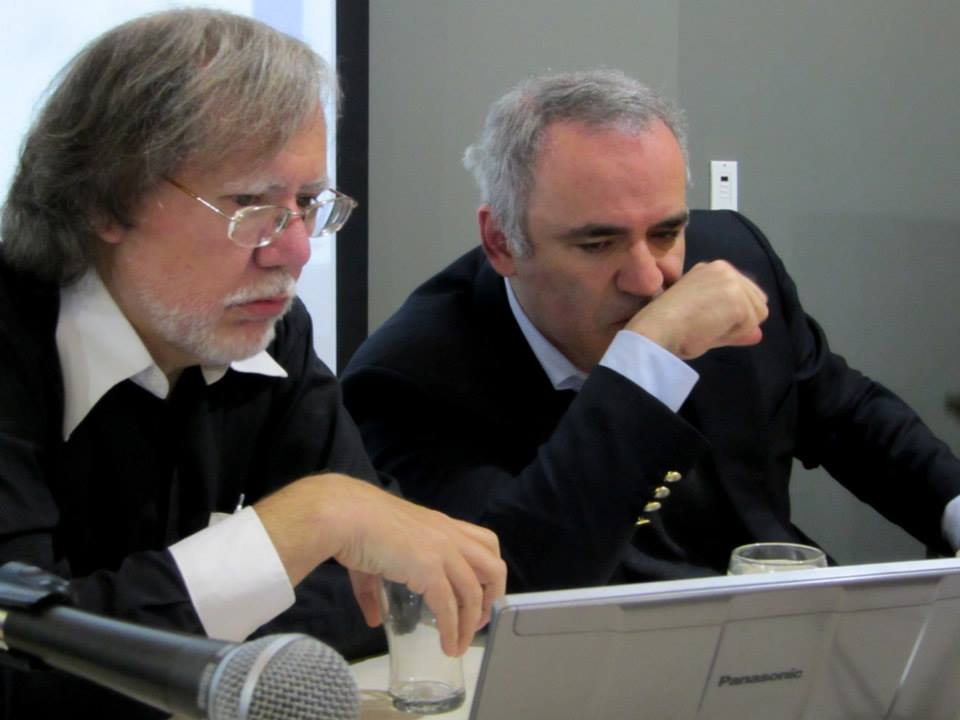 GM Ian Rogers and Garry Kasparov ponder one of the top board games between signings. 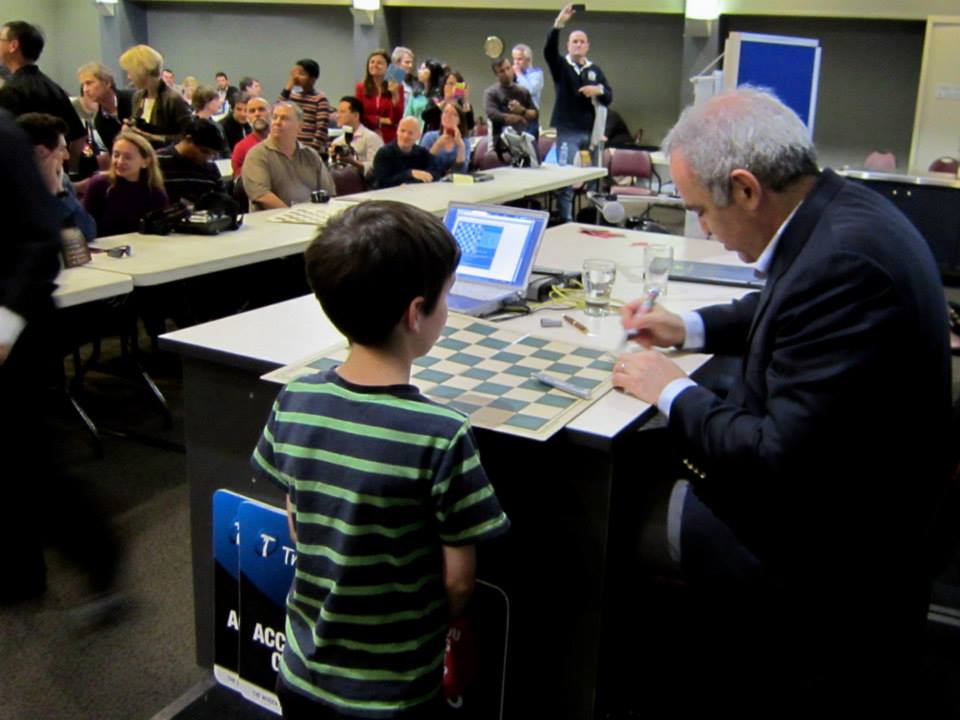 To the new champions of the world ! 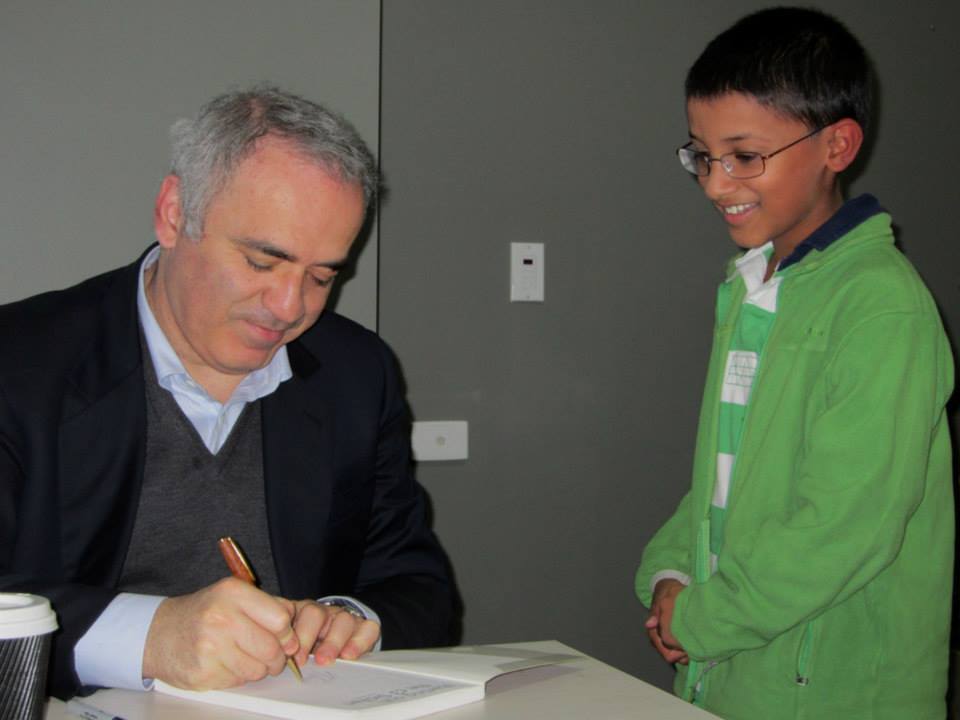 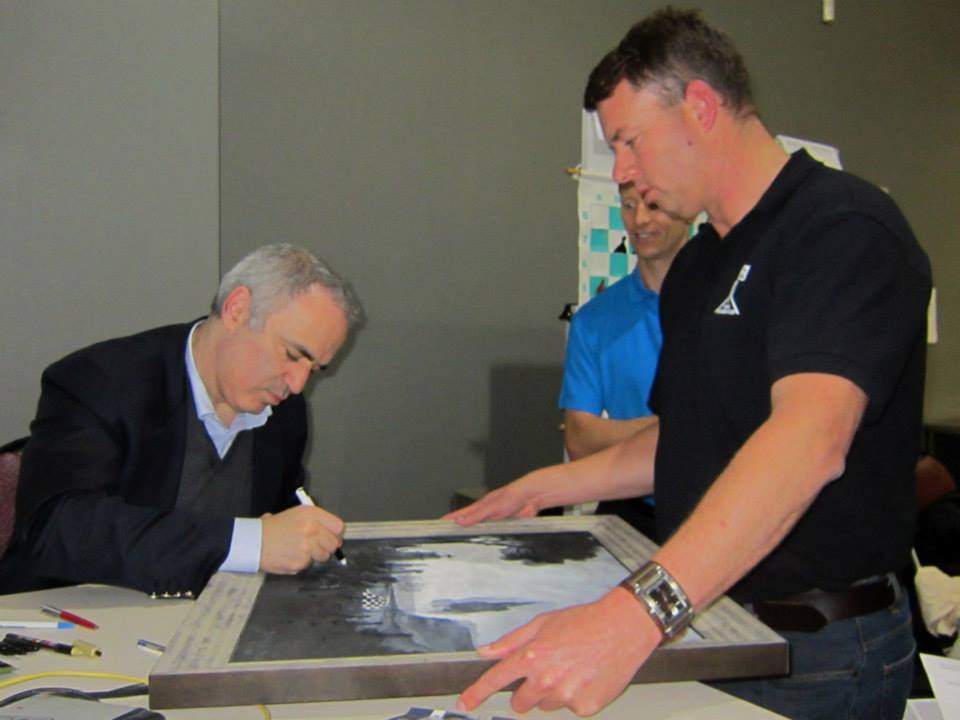 Interestingly that in the very same days British Royals were visiting Australia and looks like Kasparov’s visit attracted no less attention from the public and media than Duchess and Duke of Cambridge!

Very rarely in Australia you can see information about chess published on the front line of newspapers but Garry visit make the frontline of Australian Capital newspaper “The Canberra Times”. 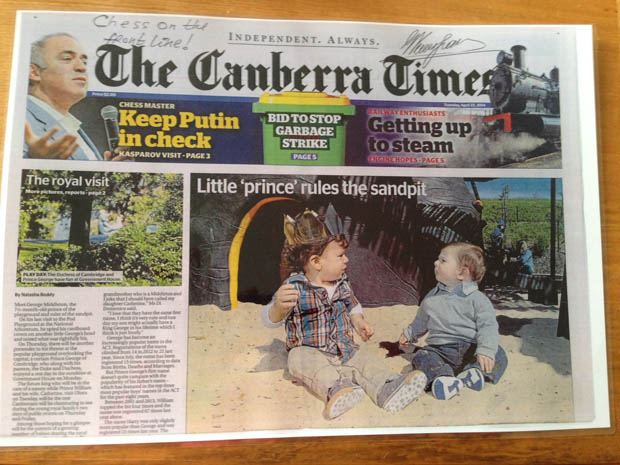 Despite a very long trip ( 35 hours) Garry was in excellent form. 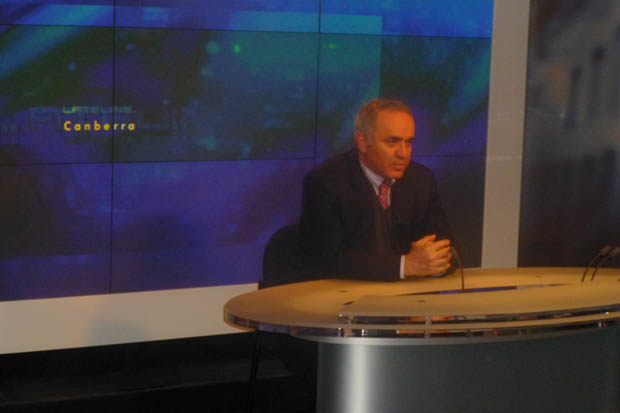 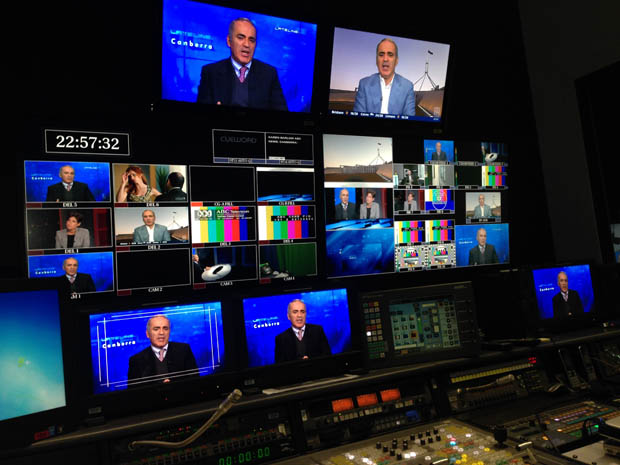 Australia just cannot get enough of Kasparov! How many Kasparov’s do you see? 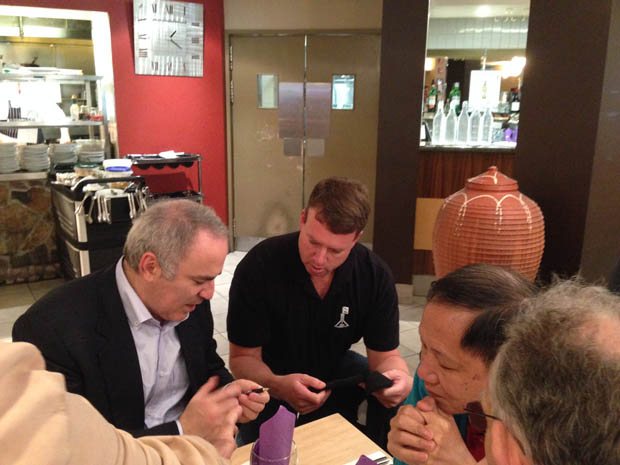 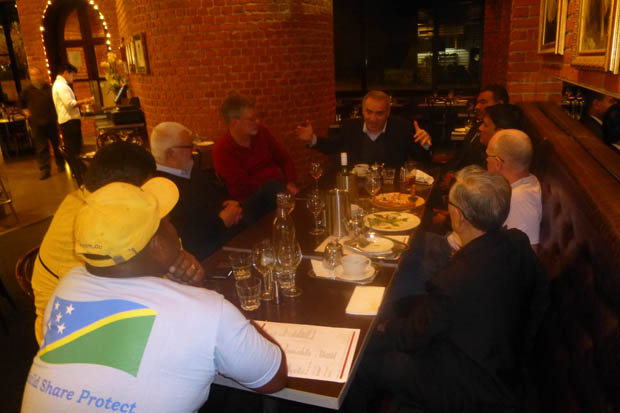 Dinner with sponsors and selected guests. 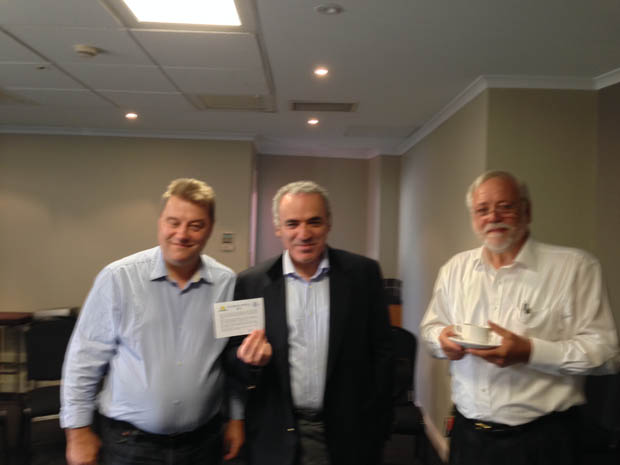 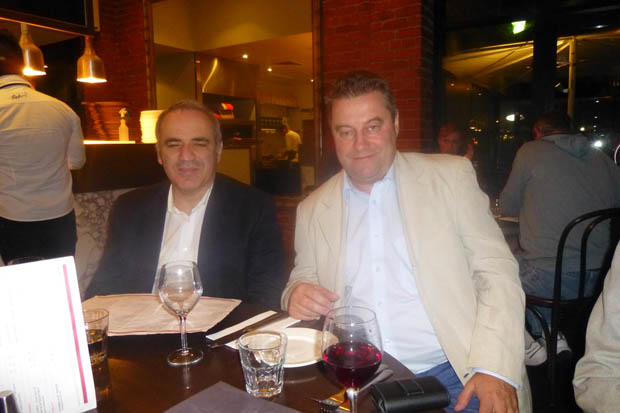 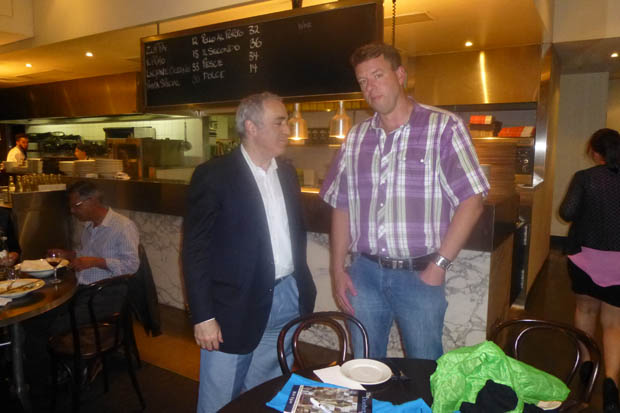 The organiser of Doeberl Cup tournament in Canberra Charles Bishop thanking Garry for his help promoting this Premier Australian event.