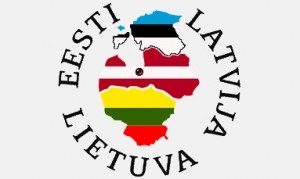 Appeal to the Baltic Federations

[ We present the below letter from government officials of Lithuania, Latvia, and Estonia, without comment. -editor ]

Elections for the next president of FIDE, the International Chess Federation, will take place in August 2014 in Tromsø, Norway. The elections for president of any major sports federation are always extremely important and have a certain political significance, but in the case of the upcoming FIDE elections the political factor is especially salient. In large part, this has been determined by the two contenders for the post: the 13th world chess champion, Garry Kasparov, and the current head of FIDE, Kirsan Ilyumzhinov.

Garry Kasparov is not only a legendary chess player who has made a tremendous contribution to the sport’s development, but he is also an individual who has devoted himself to the spread of democracy and freedom around the world. At the end of the Soviet era, he consistently supported the Baltic countries in their fight for independence. Today, Kasparov is one of the leaders of the Russian opposition and a harsh critic of Putin’s authoritarian regime, a regime that has destroyed democratic institutions and human rights in Russia, as well as threatening the territorial integrity and sovereignty of neighboring states.

His challenger, Kirsan Ilyumzhinov, has been the president of FIDE for nineteen years. The former president of one of the republics of the Russian Federation, Ilyumzhinov is an active supporter of Putin’s regime and takes advantage of its support.

In these circumstances, the choice the Baltic countries’ chess federations face in the upcoming elections is not a matter confined to sports, but a political, even civilizational, question. The people of the Baltics long ago made the choice to build their states on the principles of democracy and freedom. Supporting a candidate who relies on the administrative and financial resources of the Kremlin is entirely unacceptable and counter to their national interests. Consequently, we appeal to the heads of the chess federations of Latvia, Lithuania and Estonia to act swiftly to announce their support for Garry Kasparov’s candidacy for the FIDE presidency.