A New Era for Chess by Friðrik Ólafsson 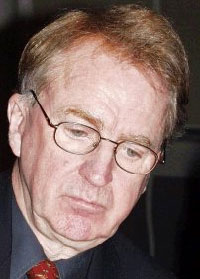 Garry Kasparov, former World Champion and one of the greatest players of all time, is seeking election as the next President of FIDE. With his illustrious background and profound knowledge of the chess world he is an ideal choice for the Presidency. Under his banner a strong team of chess devotees has joined him, a team with the means and capacity to move things and bring about the changes needed to strengthen and give FIDE the status it deserves as the supreme world body of chess.

Kasparov and his team envisage in their program a new era for chess by reorganizing FIDE as a modern international sports organization.

Their emphases lies on a professional marketing approach; increasing revenue through commercial sponsorship. In other words, to make chess and the FIDE brand attractive to cooperate and public sponsors. Kasparov: “My team and I will revitalize FIDE with a focus on serving the national federations and raising the commercial profile of chess worldwide.”

Kasparov stresses the immense power of chess in education and the potential role of FIDE in promoting and establishing chess-in-education programs. The experience of the Kasparov Chess Foundation has demonstrated the enthusiasm for these programs worldwide. Its expertise will be at the service of FIDE for the benefit of the international chess community.

As a former President of FIDE I find the program submitted by Kasparov and his team very well-defined and comprehensible and I am sure that the delegates will feel the same way when they have familiarized themselves with its contents.

After all, what matters is “placing the interests of world chess above all other interests whatever problems may arise and whatever the circumstances, be they within the framework of FIDE or outside it.”

These were the exact words of the legendary Yugoslavian Grandmaster Svetozar Gligorić when he was running for the Presidency of FIDE in Buenos Aires in 1978. The other contenders were Narciso Rabell Mendez, Puerto Rico and the undersigned. I always admired Gligoric for his outspokenness on this occasion, especially when taking into account that this was in the middle of the cold war!

Garry Kasparov has no need of fame or fortune and he cares deeply for the game of chess and its practitioners and supporters around the world. I hope he will have the opportunity I had to work for the chess world off the board as the president of FIDE.